Migration and Refugee Law in Germany 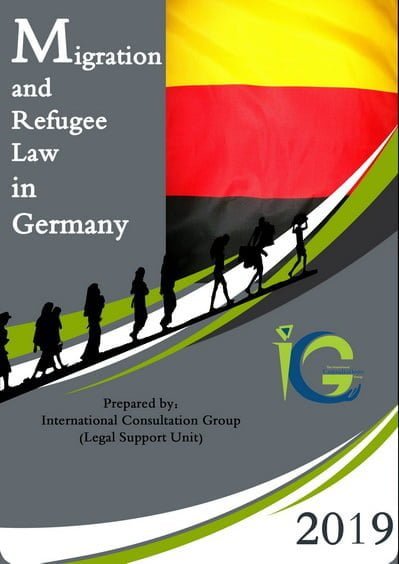 Germany continues to play a leading role in receiving refugees around the world. However, there are some disagreements within the new federal coalition government over Germany’s approach to the EU’s asylum and migration policy.  In April 2018, the government announced that it would accept 4,600 refugees to be resettled in 2018 and 5,600 in 2019 as a contribution to the EU program. In July 2018, the government agreed to receive about 300 refugees who had been evacuated to Niger from Libya. In early 2019, some amendments to the new immigration law came into force, which vary from strictness with some refugees and a strong welcome to the talent. This document explains the legal status of asylum seekers in Germany and the recent measures taken by the government to address the large numbers of asylum seekers, especially the Syrians. The importance of this document lies in highlighting the most recent amendments to the new immigration law; commenting, by the International Consultation Group (ICG), on the latest amendments’ positive and negative aspects for refugee.

In the document, The International Consultation Group (ICG) recommends the German government for preparing a draft law to resolve all outstanding refugee problems and expedite and facilitate procedures in administrative courts regarding the handling of refugee issues and problems. It also emphasizes on the necessity of ensuring the full protection of refugees, especially Syrian refugees.